Did you know that Brisbane’s City Hall is the largest of its kind in Australia, and that at the time of completion, was the second-largest construction project in the country? Or that, on average, our stunning city has more than 280 sunny days per year?

Or how about the fact that Brisbane’s property market is set to grow again in 2016 after a relatively slow year in 2015?

While the overall property trend in Australia has been leaning towards further growth, unfortunately, Brisbane has long been held back by external factors such as the devastating 2011 floods.

However, things have started looking up for our sunny city – according to figures printing in a recent Courier Mail article, 2016 is set bring a median house price rise of approx. 4.4% in the Brisbane property market. Lucky for you, we’ve got the lowdown on which ‘burbs are set to bring your maximum bang for your investment buck.

Read on, and we’ll let you in on the best Brisbane suburbs to invest in this year.

Brisbane’s northern areas are the ones to keep an eye on this year, as data from Property Observer shows six of their Top 10 growing suburbs located on the Northside. Hendra graced the top spot, with a median house price of around $815,000 and a growth rate of 7.6 per cent over the past decade. 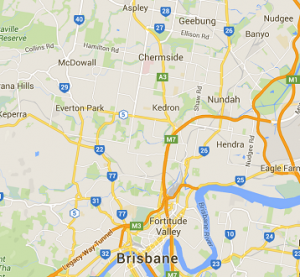 Newmarket, Gordon Park and Northgate follow closely behind, with growth rates of 6.9 per cent, 6.8 per cent, and 6.7 per cent respectively.

A recent report released by the Domain Property Group also points to what they term ‘good value’ northern suburbs including Everton Park, Taigum and Deception Bay, where investors and homeowners alike can find affordable houses.

But it’s not all about value or growth either, Brisbane’s outer suburbs are beginning to gain a reputation for cultural growth too.

From markets bursting with fresh, organic produce and locally-made handicrafts to trendy cafés and multi-ethnic restaurants popping up over the northern precincts, the ‘burbs of Brisbane are far from dull!

Recent infrastructure developments around these neighbouring suburbs, such as the Western Freeway upgrade and the recent renovation of the Indooroopilly shopping complex, mean both have seen a small boom in growth.

These two also boast great locations, with Kenmore only about 10km from the city, and Indooroopilly just over 7km, as well as being as easy distance from The University of Queensland in St Lucia. Public transport is convenient and frequent, so seniors and students without vehicles will have no problems getting anywhere they need to go.

Young families, students and retirees alike will find happiness living here, as facilities are some of the best in the city.

Both Indooroopilly State School and Kenmore State School rank in the Top 15 public primary schools in Brisbane, not to mention Ironside State School (located in nearby St Lucia) taking the top spot. The Indooroopilly Golf course finds many seniors passing their time putting holes, and the multitude of cute cafés and shops will cater to any taste.

Coopers Plains and Corinda, both located to the south of the city, had seen a slip backwards in their property market two years ago, but things have started looking up for these southside suburbs, and further growth is predicted for the coming year.

In fact, already in 2015, Corinda had logged an impressive 11 per cent rise in median house prices, meaning potential investors and homeowners would do well to keep an eye on these up-and-coming areas. 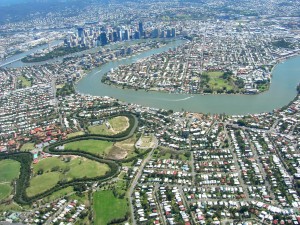 Nonetheless, there are still bargains to be had and good investments to be made in these areas, if you know where to look.

Spring Hill, according to data from the Courier Mail, has been hailed as “the most promising of all inner city suburbs”, set to see more than $152 million invested in development this year.

West End has also seen remarkable growth over the past few years, and has become very popular not only with students, but families, young professionals and empty-nest parents looking for a well-connected, well-located, trendy spot to live.

Commonwealth Bank figures from August 2015 reported that Brisbane (on par with Darwin) has the equal-highest gross rental yield for units and apartments of all Australian capital cities. The most affordable of these, within a 15km radius of the city centre, are to be found in Holland Park West, Gordon Park, Kedron, Tingalpa and Moorooka, where the median unit price range from $347,000 to just over $350,000.

Furthermore, these suburbs all boast good schools, well-connected public transport and easy city access, giving them an edge over the crowded and choked property markets found in suburbs closer to the CBD and Southbank.

As mentioned, the best bets on consistent growth for an affordable price are most likely to be found in the outer suburbs. Northern areas around Everton Park, and suburbs to the south, such as Nathan, both hold enormous investment potential as Brisbane slowly finds her feet again in the competitive Australian property market.

So best of luck, and as always, happy house-hunting!

Get Insider Real Estate tips and strategies for greater Brisbane and the surrounding area.

INTERESTED IN A BUYER'S AGENT BUT
DON'T KNOW WHERE TO START?

find me a property We'll only send you awesome stuff

Your 5 Super Buying Strategies Guide is on the way!

We're delivering your 5 Super Buying Strategies Guide to the email you specified. Please allow 5 to 10 minutes for it to arrive to your inbox.